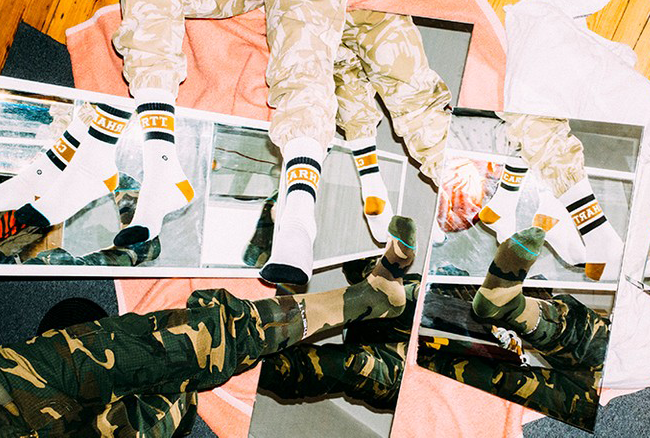 Featured above is a bold tonal orange iteration featuring Carhartt WIP’s emblem on the upper back portion while Stance’s insignia can be found on the ankle, while branding on the bottom of the foot adds a bit of grip security to wearers. Another option takes on the look of OG sports socks seeing blue and red stripes with “Carhartt” branding around the ankle. The colorful hits then make their way to the toe and heel areas. Finally the last pair is dressed in a camo print with both Carhartt and Stance branding emblazoned on. 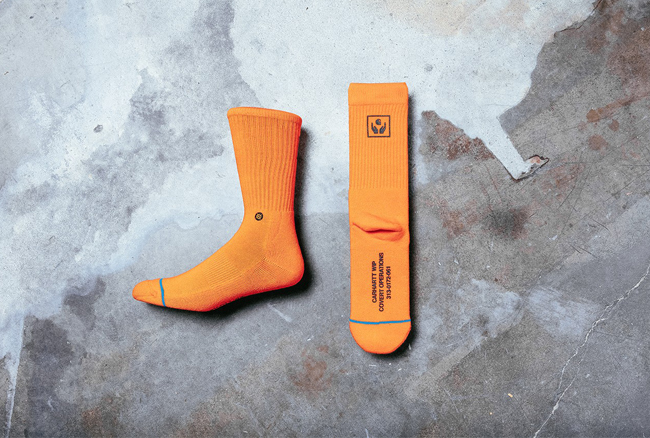 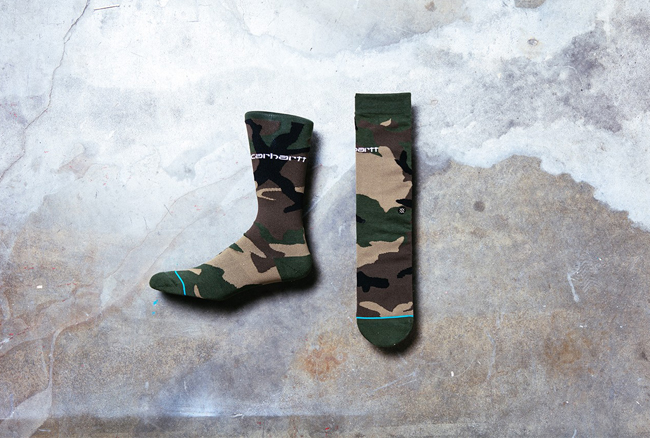 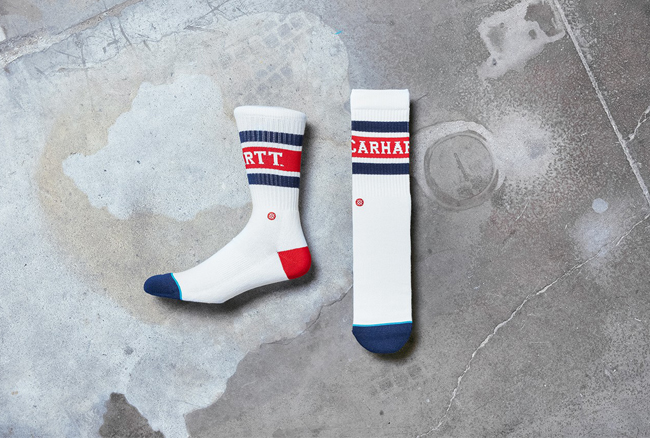